The Our Fair Planet: Youth Actions for Climate Justice programme is supporting young people become change makers and advocates for a fairer and more just world.

The programme shifts the focus of climate action away from a purely environment issue, to look at the injustices and inequalities that arise from climate change. Through youth empowered actions the programme supports the voices of young people to be heard in developing new ways for local communities to transition to a greener world. It also ensures that young people are at the forefront of innovation and change with regard to climate justice in their local communities.

The programme is supported by the DCEDIY and is being delivered across 18 Youth Work Ireland Member Youth Services nationally.

The impacts of Climate Change are being felt across the planet, with extreme weather events and rising temperatures becoming commonplace. Over the next few decades some regions in the world will be even more adversely affected by Climate Change than others. This fact has led to a re-framing of the terms ‘Climate Change’ and ‘Climate Action’ to that of ‘Climate Justice’ which allows us to view the effects of Climate Change from a Human Rights and political perspective rather than purely an environmental issue. Changing the lens through which we look at Climate Change brings into focus how deeply inequitable it is for those who have contributed the least to carbon emissions – mostly the developing nations in the Global South – to suffer the most.

The challenge of Climate Change is a decisive one for the world and it is Young People who are at the fore in the fight for Climate Action. We have seen thousands of young people across the globe take part in school strikes and protests to urge decision makers to take the issue seriously and respond. Granted, these issues are difficult, but the evidence is clear – time is running out! The world is on track towards global temperature increases way above safe levels, despite the provisions of international agreements such as the Paris Agreement.

Another challenge associated with climate policies is how to support communities whose livelihood relies on climate-damaging industries such as fossil fuel extraction or certain types of farming – including in developed countries such as Ireland. The concept of Just Transitions looks at how to help those communities move into new areas of industry or business to support themselves so that they aren’t left behind as we move forward into more sustainable ways of living. 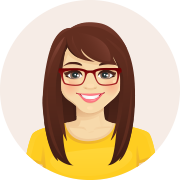 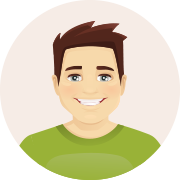 Testimonials
” Climate Justice links human rights and development to achieve a human-centred approach, safeguarding the rights of the most vulnerable people and sharing the burdens and benefits of climate change and its impacts equitably and fairly.”
Mary Robinson
“I recycle, I don’t use single use cartons, I try to eat the best quality food that I can afford but I’ve realised through this programme that my diet choices leads me to buy food that has been transported from around the world. That has caused me to reflect on my choices”.

“It has been really beneficial to see the impact this programme has had on our young people. They were not as clued into the aspects of climate change as is portrayed on social and mainstream media”.

“Young people in the Our Fair Planet Programme recognised parallels in their lifestyles and some of the profiles that the programme asked them to take on in the scenarios. The programme made them think about their own actions and informed them of the importance of political decisions on the future of our planet.”

Eoin, Youth Worker
“I’m so glad our young people agreed to do this programme. We have tried to make our Project and especially our youth café as self-sustainable as possible”.

“The Our Fair Planet Programme allowed our young people to join the dots as to how programmes like developing our own herb patch and vegetable garden for use in our cooking in the youth café, can help with climate control”.

“Our young people and some of our youth Leaders thought nothing of using disposable cups, plates and cutlery in our café and previous to this programme they thought that was cool and I was a spoil sport for banning their use when young people were staying on site to eat. The changes in attitudes has been most gratifying. We have pledges from our young people that they will never unnecessarily use single use food cartons again.”

“I loved that young people I work with who have previously shown zero interest in politics became quite enthused at the idea of pressuring politicians to increase investment in research into sustainable development methods”.

“Our community initiative is to develop a wild flower garden and build a bee hive – it is a small initiative but the experience of our young people of contributing to the eco system instead of taking from it is a huge break through”.

“Our Fair Planet has allowed our young people to make thoughtful and informed choices when they purchase and when they make lifestyle choices. We thank you for that”.

Joanie, Young Person
“My Dad is a vegetarian and he has taught me about the overall effects of eating meat on the climate as well as the ethical issues he has about eating meat”.

“The new things I learned doing the Our Fair Planet Programme was that the jobs people do has a big effect on the climate – and that everyone can make a difference”.

“One of the things I have been doing since I started this programme is saving my money by not buying fast food with all its packaging and the air miles that the food travels. Instead I am making my own treats and baked goods. I am enjoying this, and I am making a difference even if it’s a small one”.

Charlotte, Young Person
“I liked doing the Our Fair Planet Programme. I think it is up to young people to change the way we live so that we can protect the planet. If we lead the way politicians won’t think it is ok to make decisions that hurt the climate thinking they will get votes for doing it. Young People by our actions can show them that minding the planet can get you elected”.
Megan, Young Person
“Us youth workers are learning along with the young people”
Roisin, Youth Worker
“My family are from Romania and we were farmers. My Father ate the food they grew on the farm when he was young, but the young people don’t eat that food now. They don’t want it, so I recognised the same thing with the organic quinoa farmer in the Our Fair Planet Programme”.

“I thought about air miles – we go home to Romania twice a year so that adds to my carbon footprint – but my Nanny is very old and it would be terrible if we didn’t get to see her – I don’t think people are going to stop flying so much, even though they want to save the planet, so we talked about alternative fuels that could be used to fly planes – the governments of the world should invest more in alternative fuel research”.

Daniel, Young Person
“I recycle, I don’t use single use cartons, I try to eat the best quality food that I can afford but I’ve realised through this programme that my diet choices leads me to buy food that has been transported from around the world. That has caused me to reflect on my choices”.

“It has been really beneficial to see the impact this programme has had on our young people. They were not as clued into the aspects of climate change as is portrayed on social and mainstream media”.

“Young people in the Our Fair Planet Programme recognised parallels in their lifestyles and some of the profiles that the programme asked them to take on in the scenarios. The programme made them think about their own actions and informed them of the importance of political decisions on the future of our planet.”

Eoin, Youth Worker
“I never thought that by shopping in places where I buy cheap clothes that I was adding to climate injustice. I understand that connection now”.

“Young people like me, are working in bad conditions in underdeveloped countries, for hardly no money to produce clothes for me. The process of making the clothes and the materials used and the length they must be transported makes this a climate justice issue!

“I think too that people from poorer backgrounds can not often afford to do the ‘ethical’ thing when it comes to buying stuff. Local hand made things are much dearer than the stuff I can afford to buy. We discussed political actions and we think poor people shouldn’t suffer because they haven’t enough money to buy handmade locally produced clothes etc We think governments should give VAT reductions or something on local ethical industries so everyone can afford to be good to the planet”.

Rachel, Young Person
“I didn’t know before how climate change could be linked to human rights. I couldn’t see the connection. I understand now, the statement that those least responsible are and will suffer the most from climate injustice.

“For me personally, the starfish story answered a question I asked – How much difference could my actions make? It’s a small thing but I will never use a single use cup again”.

“I’ll think before I buy cheaply made clothes from an area where workers could be exploited and try to save up for better quality stuff that isn’t mass produced”.

The Our Fair Planet programme has been developed as part of the Youth Climate Justice Fund, administered by the Dept. of Children, Equality, Disability, Integration and Youth